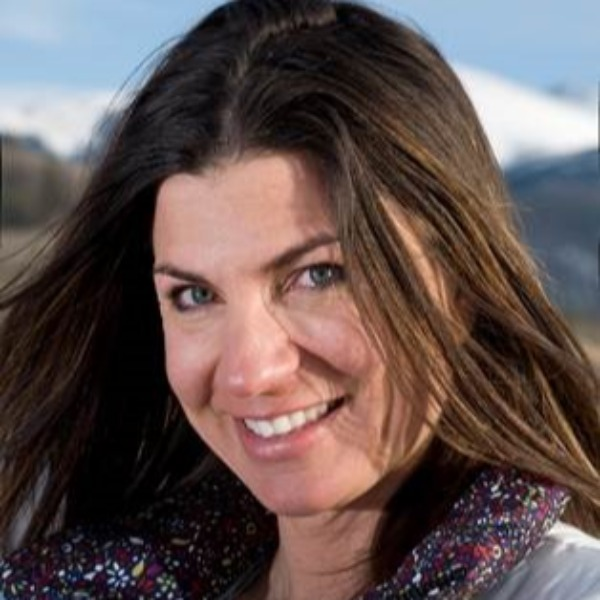 Danelle Umstead, like many downhill skiers, likes to go fast. But when she shoots down the slopes, she’s relying on someone else’s eyes to keep her on the right path. Danelle has visual impairment and skis with a sighted guide: her husband and best friend, Rob Umstead. Together they call themselves “Vision4Gold.”

Danelle was diagnosed at age 13 with retinitis pigmentosa, a genetic eye condition that eventually causes blindness. Danelle’s dad first took her skiing in 2000, after a tough year in which her vision deteriorated and her mom died. “I was in a pretty bad place when I first started skiing,” she says. “Once I clicked on my boots into the skis, it transformed my life, it was like a light switch. I just started living my life, and skiing is the amazing feeling of freedom and excitement and exhilaration and adrenaline, for sure.”

Together they took two bronze medals, in downhill and super combined, at the 2010 Vancouver Paralympic Games.

At this point, Danelle says, she has “spotted vision” and can only see about eight feet ahead – not a big distance when you’re hurtling downhill at speeds up to 65 mph.

Since their success in 2010, Team “Vison4Gold” has won multiple US adaptive national championships in slalom, super G, giant slalom, super combined and downhill. Danelle and Rob have also been on the podium in World Cup races every year, and they won the downhill final in Sochi a year ago. Soon after her win at the 2010 Paralympics, Danelle was diagnosed with multiple sclerosis. Despite this new challenge, she continues to place high in her recent races and is aiming for gold at the Sochi Games.

By sharing her story and offering encouragement with audiences worldwide, she is proof that you can live the impossible every day.