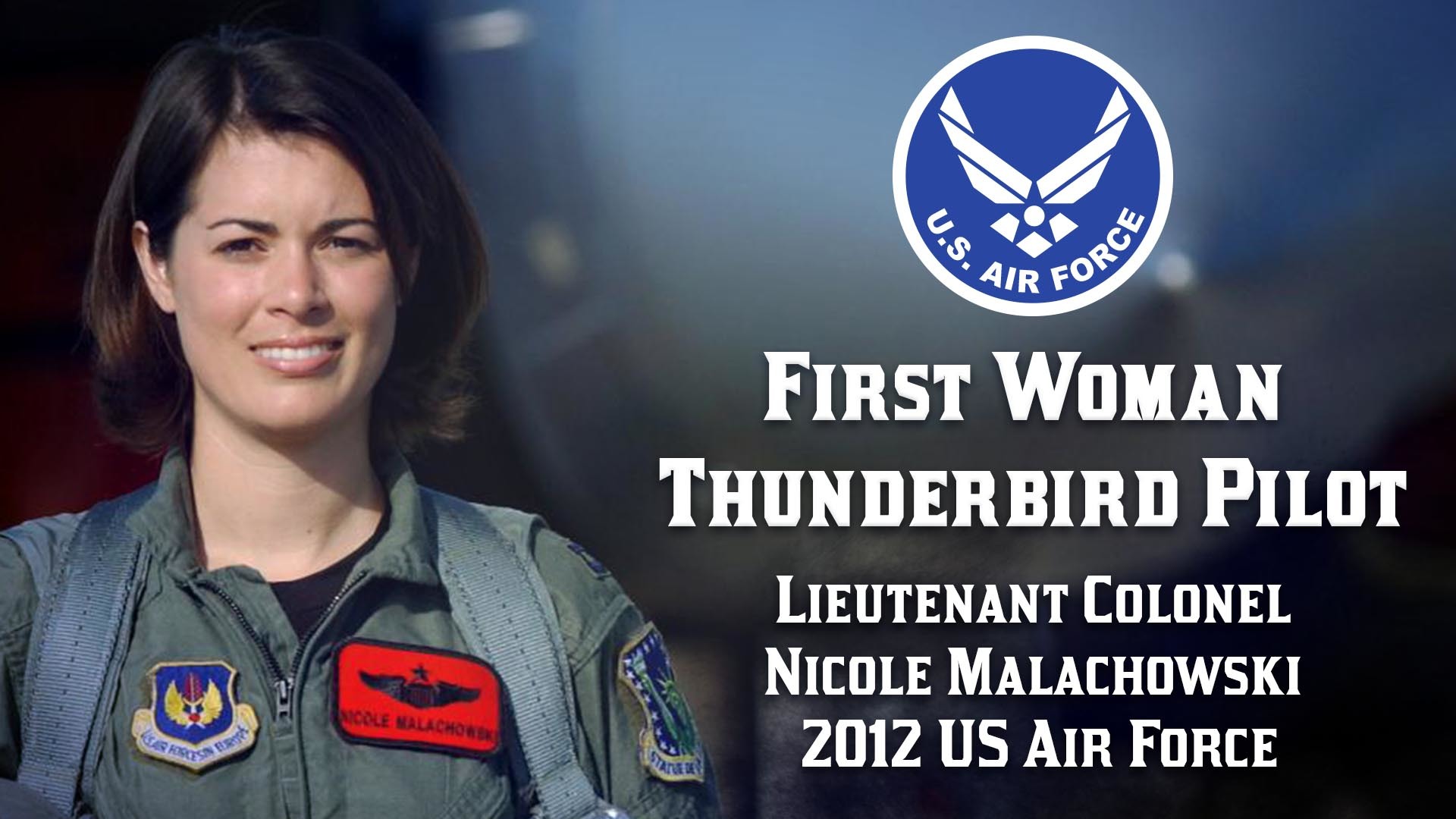 A 21-year veteran of the United States Air Force, Colonel Nicole Malachowski (USAF, Ret.) wanted to fly military jets from the moment she saw them at her first air show when she was five years old. She achieved that goal – and then some. A leader, a combat veteran, the first woman pilot on the Thunderbirds Air Demonstration Squadron, an instructor, a White House Fellow, and an inductee into the Women in Aviation International Pioneer Hall of Fame, Nicole’s Air Force career exceeded her wildest dreams.

In her speeches, Nicole inspires audiences with lessons from her experience that can be tailored to meet program objectives. Nicole brings her experience to the stage and holds audiences spellbound with an easygoing authenticity of someone who’s achieved greatness. She’s been a member and leader of exceptional teams. She has faced overwhelming challenges and adversity and has come out on top. When Nicole’s distinguished military career was cut short by a neurological tick-borne illness that, at its worst, left her unable to walk safely or speak intelligibly, she overcame those challenges, as well.

In this video clip, Colonel Nicole Malachowski talks about overcoming cultural change and how she became a Thunderbird pilot.