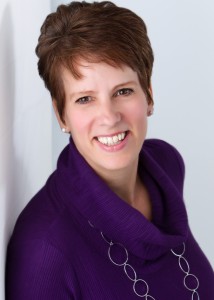 Should you rehire someone that left the company and now wants to come back? What questions should you consider before hiring?

In the following article, Diane Admundson (one of our featured speakers in the 2017 Speakers showcase) shares what you should do before hiring a former employee.

Don’t Give Up on Me

Brian loved his work and was well respected at his company but he was upset with his boss.  Brian believed he had the skills and experience to be a director but his boss would not help create a plan to get him there. So, Brian left the company and found a way to get to a director level at another company.  Once he had achieved this goal, Brian began to understand that he really enjoyed the work at his old company, he missed the professionalism of his co-workers and the company’s mission.  He noticed there was an a job opening at his current level at his old company and considered applying but wondered if they would take him back.  He applied and was hired immediately by his old boss who quickly saw the advantage of hiring someone back who knew the job and industry and was willing to let go of the past.

This is an example of a company culture that sees the upside more of re-hiring talent than the downside of taking someone back who left the company and may leave again.  Should organizations consider re-hiring staff that decided to leave?  Of course the answer includes the often irritating phrase, “It depends.”

In the example above, Brian and the marketplace had the following characteristics:

In this true example, the company was willing to take the risk of losing this person again (as past behavior is the best indicator of future behavior) for the chance at having this talented employee work for them again.  The boss knew that he needed to have more frequent check ins with this employee to make sure his needs were met, even if it meant there was not room to move vertically in the company but ways to still inspire and motivate this person.

So, when should you not consider re-hiring someone?

Question for You:
Do you have a company policy and culture that never takes employees back once they have quit? As a boss, do you often wish you had someone back but do not want to make the first move to reconnect?  Are you afraid of re-applying to an organization that you have left for fear of rejection?

Action for You:
As an organization, it has never been easier to find a past talented employee through LinkedIn and other social media sites.  One large organization I heard about recently tells all of its talented employees that are leaving to please consider working for them again if this opportunity does not work out!  Talk about swallowing your company pride!  If you are a past employee who really misses an organization, reach out to your old boss or someone you trusted inside and let them know you may be interested in coming back.  The downside is that you may not be invited back but the upside could mean a new beginning for you and the company you took for granted.