Congratulations to Mitch Holthus and the Kansas City Chiefs! 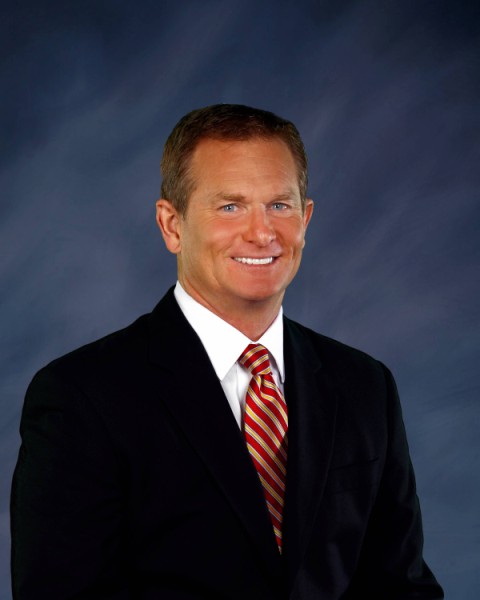 Many know Mitch Holthus as the “Voice of the Kansas City Chiefs”. Over the last 15 years, we have known Mitch as a motivational speaker. As a speaker, Mitch is able to weave stories about sports and family into all of his keynotes.

I’ve seen him many times ask audience members where they are from and it never fails, Mitch always has a story about the town or someone from the area.

We were excited when he announced his 400th game for The Kansas City Chiefs Monday night in Denver. Then his historic call when the Chiefs won the game over the Titans and they were off to the SuperBowl.

Click here for a great video clip highlighting Mitch Holthus’s career. You can see why he is a Hall of Fame Announcer.

No matter what the outcome, Mitch will have new stories about the road to the Super Bowl.  If you are interested in having Mitch Holthus, speak at your next conference call 515-974-8305 or email me at angela@speakernow.com

Mitch Holthus (hole-tus) is the voice of the Kansas City Chiefs and is the longest tenured and most decorated play-by-play “voice” in franchise history.

Holthus is also the host of the Hy-Vee Chiefs insider television show and the Chiefs rewind television post game show. In addition, he originates the “Minute with Mitch” radio and television series which is seen and heard in five states. His work is also featured on Chiefs.com.

Following the NFL season, Holthus is a television play-by-play announcer for college basketball. His work has been featured on the ESPN family of networks, Fox sports and other national outlets. He primarily covers the Big 12 Conference and the Missouri Valley Conference and is a past recipient of the John Sanders “Spirit of the Valley” award.

Holthus has also won an Emmy for his video and on-line work by the Academy of Television Arts and Sciences.

In addition, Holthus is a past recipient of the Kansas City Sports Journalist of the Year. In 2018, he was listed with the voice of the Royals, Denny Matthews, as one of the top 13 “one-two” play by play pairs in America by the Sports Broadcast Journal.

He has served on the board of directors of the National Sportscasters and Sportswriters Association and is a past president of the organization. Holthus has two degrees from Kansas State University, one in Journalism and another in Business Administration.

HEART OF A CHAMPION
This cliche takes on a new meaning when it describes self-healing heart surgery. This presentation has changed professional and personal lives with a unique procedure of cardiac care.

36 INCHES
This is your opportunity to rearrange your focus, professionally and personally.  This presentation will how you how success is enhanced by ’embracing the process’ instead of being fixated on the result or the reward.

WINNING & LOSING…A DIFFERENT PERSPECTIVE
This presentation will ask you to examine your life using an interesting matrix and a different perspective of winning and losing and dealing with expectation.

IT’S TIME TO GO BACK TO “THE FARM” (USED WITH AGRICULTURAL GROUPS)
Will go back 3 or 4 generations and deal with starting all over again on the farm…a renaissance of sorts, checking out what Grandma and Grandpa did.

CROSS THE LINE
This life-changing presentation will take you back to one of the most famous moments of the 19th century.  You will be encouraged to go back in time to positively affect your life.  This presentation has been used by many sports teams as a ‘battle cry” to new found success.