What would you do if you couldn’t fail? By Alex Weber

Let’s start with a question:

What would you do if you couldn’t fail?

Enjoy a breathe. Zoom out, and gift yourself the freedom to explore this question. And to explore it without judgement!

We live in a time of constant judgement. Everything is evaluated, critiqued, and measured. Now sure that can be a positive thing at times, but it can also be detrimental because we cut ourselves off from goals simply because the end result may not be perfect.

So in this moment, give yourself the gift of freedom to explore a goal that you may want for yourself.  Maybe it’s to close more deals. Perhaps run a 5K. Or maybe it’s to deepen the connection between you and a loved one. No wrong answer here! Just throw it on the white board.

Let’s say someone at some point told you that you’re not creative. Or you’re not athletic. Or you’re not capable of being a Leader.  Well this is the time to turn up the volume on that side of yourself.  That person told you what I like to call a “Dangerous Lie.” It’s a lie, because well, it’s just their opinion, it’s not a hard fact. And it’s dangerous because maybe you believed it, and because you accepted it as truth, you backed away from certain opportunities.  Opportunities where you would need to be creative, or athletic, or a Leader.

Right now, put pen to paper and just brain dump. No right. No wrong. No realistic, and unrealistic. No possible or impossible. We are going to prove some of these dangerous lies wrong, and show the real truth of who you are and what you are capable of!

In my journey, I experienced this intensely with NBC American Ninja Warrior. I was first hired as a Host – not a competitor. Part of my job as a host was to attempt the obstacles and fail for everyone’s entertainment! But after 2 years of hosting – and winning an award for NBC – I fell in love with the sport and wanted to compete!

But to compete, you need to succeed not fail!  I went to the Ninja Warrior gyms (yes they’re real!) and would fail over and over and over again. But I was improving. Improving to the point that physically I was starting to progress through the obstacles, but I quickly realized the biggest obstacle to overcome was not outside of me, but inside of me. You see, after failing for 2 seasons as a Host, I needed to learn that “I always fail” was a lie.

For me, it was proving to myself (and my self-doubt) through action. Through showing up, and getting better, and failing, then failing a little better, and after some time looking at the evidence and thinking “hey that was actually, kinda, not terrible! How about that!”  The power of this is that when fear and nerves and doubt start to voice their opinion, we can look to this tangible bank of hard proof of your progress and prove them wrong.

Ok, so how do we put this in motion, how do we start?!  It’s just that. We start. Today. Right now. Exactly where you’re at, and with exactly what you have to work with right now.  My question to you is: what is the smallest action you can take right now to make your goal real?

In this moment, no action is too small because we want to make your goal REAL. Take it off the shelf or bring it out of its cage of “impossibility.”  You see, in my journey with American Ninja Warrior, the first step actually was reaching out to top competitors and asking if I could train with them. Then of course I needed to take big steps after that, but simply reaching out opened the door and made this goal real. It was now happening.

So could you email a colleague for advice?  Could you run 1 block today? Could you carve out 5 minutes to meaningfully connect with a loved one?

Remember, this will all grow. Momentum is real. But we need to start!

And to start ugly! Imperfectly. Dive in! No matter if it’s an elegant swan dive, an epic cannonball, or flat out belly flop. All that matters is you get in the water of what you want to happen. And hey, if you’re gonna get in the water, might as well make a splash!

Here’s to gifting yourself the freedom to explore a goal or side of yourself.  The courage to take that first small step. And the strength to spectacularly fail – then keep going, growing, and getting better.

I look forward to joining you soon, and teaming up to make your goals real. Remember, anything is possible when you’re unstoppable.

Your friend in growth,

Alex Weber is a highly in-demand International Speaker on Leadership and Peak Performance. Alex has positively ignited over 3.5 Million people worldwide to overcome their obstacles, realize their fullest potential, and achieve their highest goals!

Alex immediately engages and connects with audiences because he knows what it’s like from both sides, as a Leader and High Performer. He knows what it takes to overcome daunting challenges, hard failures, and even our own limits!

As a Competitor on NBC’s Emmy-nominated series American Ninja Warrior (revered as one of the most difficult competitions on earth), Alex transforms individuals by giving them his immediately actionable roadmap to embrace their challenges, overcome their obstacles, and nail their goals!

And as an Award-Winning Performer (NBC, Discovery Channel, FX, and more!), Alex engages audiences with his contagious energy, captivating storytelling, and busting humor to elevate the experience and make an impact that sticks with the audience long after they leave.

Alex’s greatest passion is giving his actionable System to audiences and seeing individuals, teams, and organizations experience this amazing transformation, break through their barriers, and reach their highest goals!

For more information on Alex: https://speakers.speakernow.com/profile/36925?btsc=1 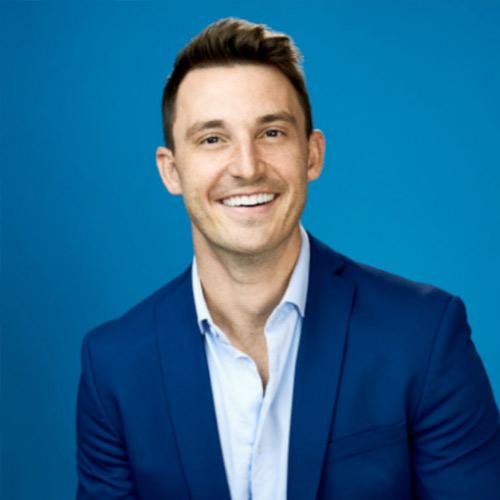