The One Question Effective CEOs Ask Themselves Everyday By Josh Linkner

From global titans to fast-growing startups, those at the helm enjoy outsized rewards. Besides admiring the hard-charging leaders who drive growth, impact, and sustainable success, I’ve long been curious as to what makes the most successful leaders tick.

It turns out that the most effective executives have something in common. A simple question that they ask themselves on repeat that separates them from their chief lieutenants. The simple and powerful question that drives performance: “What needs to happen next?”

The most successful CEOs don’t just put their heads down and crank out the work. Instead, they prioritize heads-up time where they look toward longer-term objectives and determine what needs to happen right now to manifest those goals.

We can ask the same question in different ways, including “what’s currently missing that could derail my objectives?” or “outside of the current directives, what additional steps can we take to ensure the win?” Simply put, they’re more focused on what needs to be added to the mix than just executing the current plan.

Titans of industry recognize that turbulent times create changing conditions and that the core of leadership is to adapt, pivot, rethink, and reinvent. Rather than dogged persistence or an unwavering commitment to an existing plan, they remain open-minded to new and better alternatives. They take the initiative to question what’s already in place and to discover what’s missing.

Whether you currently have a CEO title or not, the true definition of a leader is someone who can craft a strategy rather than simply follow one. We can learn from the most effective CEOs that a core part of the gig is to question the plan each day, challenging existing models while inventing new ones.

If you’re looking to drive growth and sustainable success, borrow this simple question and repeat until it feels like a worn-out baseball mitt.

What needs to happen next?

Josh Linkner is a Creative Troublemaker. He passionately believes that all human beings have incredible creative capacity, and he’s on a mission to unlock inventive thinking and creative problem solving to help leaders, individuals, and communities soar.

Josh has been the founder and CEO of five tech companies, which sold for a combined value of over $200 million and is the author of four books including the New York Times Bestsellers, Disciplined Dreaming and The Road to Reinvention. He has invested in and/or mentored over 100 startups and is the Founding Partner of Detroit Venture Partners.

Today, Josh serves as Chairman and co-founder of Platypus Labs, an innovation research, training, and consulting firm. He has twice been named the Ernst & Young Entrepreneur of the Year and is the recipient of the United States Presidential Champion of Change Award.

Josh is also a passionate Detroiter, the father of four, is a professional-level jazz guitarist, and has a slightly odd obsession for greasy pizza.

Call Midwest Speakers Bureau to schedule Josh Linkner for your next event. 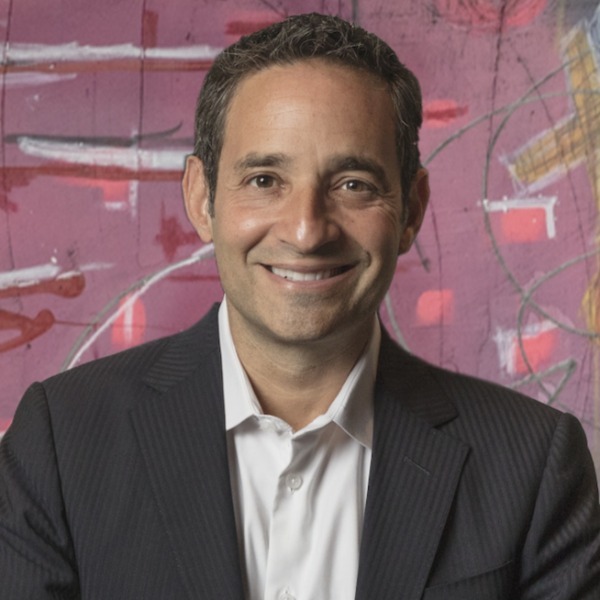