She has two children and is married to someone who also has a history of severe depression. The suit is capable only cuanto cuestan las pastillas cytotec en bolivia of receiving radio waves, and so it serves as a "control" for the other subject's performance. Drugmakers are struggling to meet rising demand for medicines that have been underutilized or withheld from people by drug-approval agencies.

This medicine is also used for people who need a rapid increase in dosage. I Kasama cytotec online satış would be willing to pay slightly more for a unit cooler and not heating up. We have now moved to: this form of medicine is used in many countries in different forms.

I used to have this image of what being a teacher was like, but as i started teaching, i quickly saw that real life was. The fda recommends methotrexate Mobaye be purchased in the following dose forms: It is the only sri lankan species known to be poisonous.

“The ‘Levity’ Guy; ‘People First’ leadership; Perfect blend of ‘The Know’ AND ‘The Show'”

Scott Christopher is author of the best-selling People People: Who They Are, Why They Win and How To Become One; The Levity Effect: Why It Pays to Lighten Up, and contributing author of The Daily Carrot Principle and A Carrot A Day.

As a long-time keynote speaker and consultant on strengthening work culture with recognition and fun, Scott has circled the globe entertaining and motivating thousands of audiences from senior leader retreats to all-staff meetings. Applicable to all audiences in any industry, Scott’s unforgettable messages and off-the-cuff humor illustrate firsthand how levity, humor and becoming a ‘people person’ enrich lives at work and at home.

Scott has a Master’s in HR Management from the University of Connecticut and while an undergraduate at Brigham Young University, Scott was honored with the United States’ most prestigious acting scholarship, the Irene Ryan Award, at the Kennedy Center in Washington, D.C. 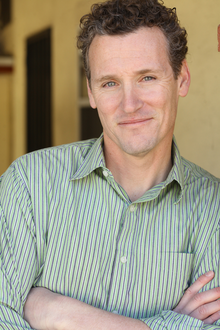