If you are searching for a POWERFUL, EMOTIONAL and THOUGHT-PROVOKING Keynote Motivational Sales and Business Speaker who can set the tone for your entire conference and challenge your audience while adding takeaway value with high energy, humor and substance — or a closing speaker who can inspire and move your conference attendees into action — put Scott at the top of your list!

Scott Burrows’ unforgettable story of turning a paralyzing setback into a powerful comeback through a compelling Vision, an unstoppable Mindset and tremendous Grit inspires people into action! As a Keynote Speaker and Bestselling Author, you will find that his captivating message is one of hope, perseverance, courage, honor and pushing the limits of what is possible.

Scott was an all-star athlete and fierce competitor. By the age of 19, he played college football at Florida State University as a walk-on wide receiver and was a top-ranked kickboxing Black Belt champion whose last fight was broadcast by ESPN. During the height of his collegiate and athletic career, Scott’s life changed dramatically on November 3, 1984, he survived a terrible automobile accident as a passenger in his friend’s car, suffering a serious spinal cord neck injury that left him paralyzed from the chest down and diagnosed a quadriplegi.

Despite his grim diagnosis, Scott refused to be sidelined. Embracing his new life, he returned to college and earned his BS Degree in Finance. Scott’s first career was a Financial Advisor in the insurance and financial industry. In his 5th year he qualified for the Million Dollar Round Table, a 100% commission reward that less than 8% of his peers worldwide qualify for annually.

At the pinnacle of that career, Scott experienced yet another enormous setback, a second automobile accident. New injuries forced him to RE-evaluate, RE-invent and RE-ignite his life once again. As a result, he made a decision to leave an industry he had so much passion for to pursue two new career paths: an opportunity to partner with his brother who was expanding his multi-million dollar golf course supply business into Southeast Asia, and motivational speaking.

Today, Scott is an in-demand speaker on the National Circuit sharing with audiences the tools they need to stand up to and conquer any challenges they face in both their personal and professional lives. He’s presented in 45 states and in such countries as Australia, India, Spain, Bermuda, Mexico, Czech-Republic and Canada. 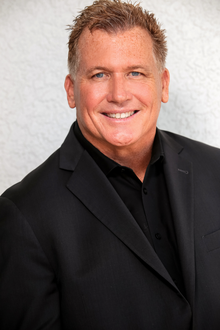