Nina Burleigh is National Politics Correspondent at Newsweek Magazine. She is an award-winning journalist and the author of five books. Her last book, The Fatal Gift of Beauty, was a widely praisedNew York Times bestseller. In the last several years, she has covered an array of subjects, from American politics to the Arab Spring. She has written for numerous publications including Rolling Stone, Businessweek, The New Yorker, Time, New York and The New York Times. She has lectured around the U.S. and in Italy, France and Mexiso, and has appeared on Good Morning America, Nightline, The Today Show, 48 Hours, MSNBC, CNN and C-Span, on NPR and numerous radio programs.

Nina was born and educated in the Midwest, has traveled extensively in the Middle East and lived in Italy and France. She covered the Clinton White House for Time and reported and wrote human interest stories at People Magazine from New York.

She is a an adjunct professor at Columbia Graduate School of Journalism and has lectured around the United States, in Italy, and in Mexico. Her book, Mirage, published in 2008 by Harper Collins, was selected by The New York Times as an editors’ choice and won the Society of Women Educators’ Award in 2008. 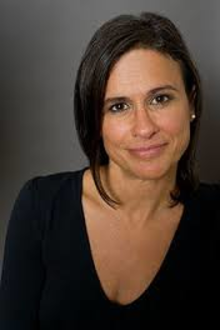