Michael Solomon, former NYPD Special Investigator and bestselling author, is the survivor of a bizarre double murder attempt on his life.

As a national political and motivational speaker, Michael is sought after by many organizations and corporations. He is known as the speaker who leaves his audiences laughing, inspired, motivated and begging for more.

During his tenure in the intelligence division, he was assigned to protect the Shah of Iran and Madame Chang of Taiwan. He has personally met four U.S. Presidents. He was assigned as the intelligence officer to the U.S. State Department, where he participated in treaty negotiations between the United States and Turkey. In 1982, Michael proposed a change to the NYC retirement law, which saved them over $120 million, reduced taxes and balanced the city’s budget.

He retired from the Police Department and joined the corporate sector in finance and management. After losing three corporate positions, and nearly bankrupt, he embarked on his own. Applying his own style of management, he was nominated by a national magazine for having the best company in America in his field.

Achieving success, he returned to his old beliefs and started to take care of the less fortunate. His work for various charities earned him the respect and praise of his community. In 2003, he was cited by both houses of the New York State Legislature in Senate and Assembly Resolutions as Humanitarian of the Year. 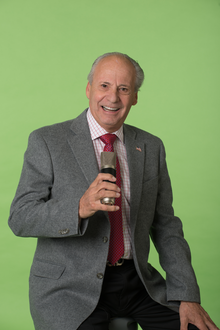