“is a nationally recognized Futurist and expert in the field of Demography and Generational Marketing. An accomplished CEO, Ken has proven success in creating value, leading companies and planning.”

Kenneth W. Gronbach is Futurist, a gifted public speaker and a nationally recognized expert in the field of Demography and Generational Marketing. Ken entertains his audiences with his own special brand of wit, humor and clear communication. He makes the science of shifting demography come alive with real life examples that make it relevant to today’s culture, business climate and economy. In his new book “The Age Curve, How to Profit from the Coming Demographic Storm”, published by The American Management Association, Ken takes you through a fascinating common sense understanding of shifting demography and the related opportunities and challenges.The demographic landscape in the United States is made up a series of waves that are about twenty years in duration. It would follow that business will rise and fall according to the critical mass of customers heading toward it. You will enjoy extraordinary success if you are prepared and in front of the wave.

Ken’s perspective is macro, a view from 30,000 feet, and very big picture. Demographers are able to forecast markets, societal phenomena, and economics with uncanny accuracy because they count people, not money or things. For example crime has been down in the United States for the last twenty years because the number of high risk crime committers (men 15 to 30 years old) has been low and fully employed. This is because the fertility in the United States dipped sharply between 1965 and 1984 creating a deficit in our population of about nine million people. This shortage of young people in the labor force also drove labor costs up and manufacturing off shore.

Ken talks about how manufacturing will return to the United States with a vengeance because the United States is the only industrialized nation with a huge young highly skilled workforce, Generation Y, born 1985 to 2004. Generation Y is bigger than the Baby Boomers. The United States is the only industrialized nation with above replacement level fertility of 2.2 children per couple. The United States is on the only continent that can both produce and consume within its borders. The European Union has experienced below replacement level fertility for decades and has crippled it’s labor force and internal consumer demand. China has “prevented” 400,000,000 live births in the last three decades because of it’s ill-fated one child only policy and will not be able to feed itself in ten to fifteen years, let alone be a manufacturing force. Demographically China is history destined to get old before it gets rich.

Ken speaks about how the employee’s market of the last twenty years is about to be reversed. For twenty years the tiny Generation X, born 1965 to 1984, has not supplied enough entry level labor to the work force to meet the demand. The Huge Generation Y born 1985 to 2004 will change all that and the United States will experience an employer’s market for the first time in twenty years. Keeping employees motivated will be easy. It will be a condition of employment. Employers will be able to hire the best and brightest employees at will at very competitive rates. 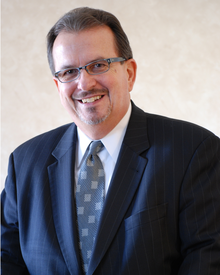