To Josh Linkner, creativity and innovation are the lifeblood of all human progress, and as such, he’s spent his career harnessing the spirit of creative disruption. The four-time successful tech entrepreneur, keynote speaker, and CEO delivers a clear call to action — it’s better to innovate and disrupt your organization before your competition does. The riskiest move companies can make today is hugging the status quo — believing the future will be like the past is the fast road to obsolescence.

To get to know Josh, one can explore the six interconnected aspects of his work:

1. Entrepreneur & CEO. Josh was the founder and CEO of four successful technology companies over the last 24 years. Josh is Founder and former CEO of ePrize, the world’s largest interactive promotion agency that provides digital marketing services for 74 of the top 100 brands. Prior to ePrize, he was founder/CEO of three other successful technology companies. Each of his four startups enjoyed successful exits with a combined value of over $200 million. He’s been involved in the launch and growth of over 100 businesses, raised over $150 million of venture capital, employed thousands of people and fought through the dot-com crash, 9/11 and the 2008 financial meltdown. His extraordinary business accomplishments led him to be honored twice as the Ernst & Young “Entrepreneur of the Year” and as a President Barack Obama “Champion of Change” Award recipient.

2. Author & Thought Leader. Josh’s first book, Disciplined Dreaming – A Proven System to Drive Breakthrough Creativity was a New York Times bestseller and named one of 2011’s top ten business titles by Amazon.com. It is now available in 13 languages. He second book, The Road to Reinvention – How to Drive Disruption and Accelerate Transformation, was also named a NY Times Bestseller in its first week on bookshelves and was named the 2014 Best Leadership/Management Book by 800-CEO-READ. He is a regular columnist for Forbes, The Detroit Free Press, and Inc. Magazine. His work has been featured consistently in the media, including The Wall Street Journal, Harvard Business Review, USA Today, and The New York Times.

3. Venture Capital Investor. As Founding Partner of Detroit Venture Partners, Josh remains at the cutting edge of technology and entrepreneurship. He oversees a $60 million venture fund investing in tech startups with the goal of revitalizing his hometown of Detroit, Michigan.

4. Keynote Speaker. Consistently ranked one of the top speakers on innovation, creativity, and reinvention, Josh brings an artistic flair while delivering powerful, inspiring, and practical keynotes and workshops. His presentations are customized for every event, ensuring a highly relevant and valuable outcome. Through his talks, Josh has inspired over 100,000 people across four continents.

5. Jazz Musician. Beginning at age eight, Josh became a dedicated musician. He began performing professionally at age 13, and later attended the prestigious Berklee College of Music. Still a professional-level jazz guitarist, Josh often injects live musical performances into his keynote presentations in a unique and memorable fashion. He brings a jazz musician’s commitment to creativity and improvisation to the business world, offering a distinctive perspective to growth and leadership.

6. Detroiter. Deeply passionate about his hometown, Josh is playing a key role in the much-publicized turnaround of Detroit, Michigan. A multi-generational Detroiter, he is working on the front lines to reinvent his troubled city. 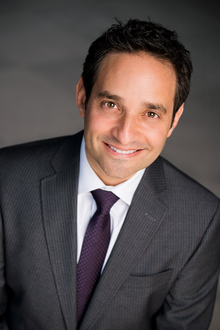