JOHN REGISTER, CSP, INSPIRES AND IGNITES A CHANGE MINDSET IN YOUR PEOPLE TO MAKE A LASTING DIFFERENCE IN YOUR ORGANIZATION.

Invite John Register CSP, a keynote speaker who is trapped inside a facilitator’s body, to connect and inspire your team to dig deep and spark action in your organization to be more productive.

What’s holding you back from making lasting changes? Whether you’re struggling to renew the confidence of your sales team for an enormous ROI or implement effective disability inclusion programs, John Register delivers.

John’s personal inspirational stories make his audiences truly understand that it’s not about overcoming your shortcomings, or adversities, it’s about embracing a new normal. John helps organizations increase their productivity by seeing the impacts of a new normal mindset.

But while training for his dream of becoming an Olympic hurdler, one misstep over a hurdle in a practice session left him with a life-changing choice: Live the rest of his life in a wheelchair or amputate his left leg.

John chose to amputate his leg and be fitted with a prosthesis. For any other athlete, this could have been devastating, but John found a way to create a new normal.

His talk, “embrace the new normal,” takes a deep dive into three areas which lead us from fear to freedom.

Inspiring others to change their lives
John facilitates action. His ability to pinpoint what paralyzes us to move beyond our fears and release us to action has inspired audiences across 4 continents.

John has been featured on television shows such as PAX’s “It’s a Miracle,” MSNBC’s “Morning Blend,” NBC’s “the Weekend Today Show,” and FOX’s “The Edge.” He was also invited to give not just one, but two TEDx talks.

Secretary of State Colin Powell appointed him in 2007 to be one of an eight-member panel advising him on foreign policy issues regarding disability. He continued to serve under both Secretaries Condoleezza Rice and Hillary Clinton.
He served as a US Embassy Sports Ambassador to Uzbekistan.
He led educational change in the positive empowerment of Paralympic athletes and journalists in Kazakhstan.
He earned the selective Certified Speaking Professional (CSP) designation, which only 11% of global speakers have achieved.
Consultant for Olympic and Paralympic Sport
John founded the United States Olympic Committees Paralympic Military Sports Program, which shows wounded, ill, and injured service members how to use sports as a tool for their rehabilitation. His program was the impetus for the DoD Warrior Games and Prince Harry’s Invictus Games.

John was also called to help USA Bobsled manage a new normal in fostering positive team dynamics before the Olympic Games in Sochi, Russia. Team USA faced many challenges before the games. John researched the unique challenges facing the Olympic team and brought a new perspective that united the team toward their common goal.

“I only wish I had tapped into John’s unique skill-set sooner.”
-D.S., CEO, USA Bobsled

Follow up
After speaking at a company or organization, John follows up to make sure you and your team have taken action. Companies executives recognize and appreciate his brilliance:

KIMBERLY CLARK CORPORATION: “John was very engaging right from the start and expressed interest in our corporate culture so that he could align the presentation with terminology that would resonate with our employees.” -L.K., change management consultant at Kimberly Clark
Coca-Cola: “He empowered us to aim high, change our mental model and be in charge of our leadership development” -J.G., Regional supply chain director, The Coca-Cola Company
SOUTHWEST AIRLINES: 100% of Southwest employees rated John’s talk as “valuable” or “of significant value” and the Senior Manager of Diversity and Inclusion described him as “truly a change management expert in the space of disability.”
Outcomes
John’s courage in the face of uncertainty inspires audiences and moves them into a transformative state. Audiences leave changed.

When you book John, he will contact you to learn the unique challenges facing your company and use his gift for storytelling and perception to connect with your audience.

Click the “Inquire” button today and learn how John can tailor a keynote specifically for your company’s biggest challenges.

The toughest question to answer is, “how do you overcome adversity?” It was a question I could not answer. It seems easy enough on the surface, but, think about it, if someone were to ask you that same question about the hardest day of your life, how would you answer it?
How does one bounce back from being an Olympic track and field hopeful and Army Officer Candidate one day to an amputee the next?

I know that question all too well because it’s my story. I know life can change with one wrong step.

Despite my devastating setback, I hurdled my adversity and won again. Within 22 months post-injury, I competed on the United States Paralympic Swim Team (The Paralympic Games are for athletes with physical disabilities and visual impairments), in Atlanta, Georgia and anchored both the 4×100 meter medley and freestyle relays.

At the same games, I saw athletes with amputations running and jumping using prostheses. Four years later I returned to my first love of track and field and in Sydney, Australia at the 2000 Paralympic Games, I won the silver medal in the long jump and set the American record in the process.

I am the first to say that overcoming any obstacle no matter how great or insignificant one thinks it is, begins with having a resilient and renewed mind.

But how do you get it? Where does it come from? And, can it be taught and learned so everyone can respond better when facing adversity? Can we learn to be more optimistic?

The answer is yes.

In this presentation you will learn:

• 9 steps to grow from fear to freedom.
• the one element holding you back from your release.
• the formula to move to a championship mindset.

I am an experiential speaker. This means this program is highly interactive and I empower attendees to plan past their setbacks in order to be more successful. I am not a keynote speaker, I am a facilitator of the brilliance already in the room.

I can’t wait to work with you and be inspired by your team.

Go forth and inspire your world.

DISABILITY INCLUSION: BEYOND THE ADA
You probably know that the American with Disabilities Act prohibits discrimination on the basis of disability in employment. So, why then is there an over 80% unemployment rate for people with disabilities in the United States?

You also probably know that extracurricular athletics are an important component of an overall education program and lead to socialization, improved teamwork, and leadership skills. So, then why are students with disabilities not being afforded an equal opportunity to participate?

Might these two areas (sport and the ADA) be connected?

In this highly interactive presentation, John Register, TEDx speaker on “Why We Do Not Overcome Adversity,” discusses the problem of attitudinal barriers that hinder hiring an available and trained labor force as well as some of the key indicators that may play a role in those outcomes.

He focuses on the fact that disability cuts across all business resource groups or BRG’s.

John offers 3 solution oriented points for consideration in order to overcome these areas of concern and foster a work environment that values the contributions of all citizens.

Goal:  To inspire your organization to attain greater victory by increasing the appreciation, talents and diverse skills sets, of all employees through the use of team building techniques, storytelling, interactive collaboration and accountability measures.

Summary:  Diversity takes on many forms.  Even seeing the word written on a person can conjure up emotional ties.  We may often think of diversity in a very conventional way but when we take a closer look we find that diversity is all around us.  Not only can it be our cultural differences in values, beliefs, and norms, but it can also take on the form of job skills and specialties in the workplace. Understanding and appreciating the differences from one’s own culture can lead to richer and better solutions to goals and challenges.

REACH YOUR PEAK: WINNING IN BUSINESS THROUGH THE LENS OF OLYMPIC AND PARALYMPIC ATHLETES
If Olympic and Paralympic athletes are training four years from today the way they are training today, they have already lost the gold medal.

If your company or organization is trying to compete be playing it safe, you are on the path of going out of business.

Citius, Altius, Fortius. These three Latin words are the foundation of the Olympic movement.

What lessons can be learned from an athlete’s journey to winning an Olympic medal? How can you harness the laser focus of the world’s greatest athletes? What systems can be employed in reaching one’s own podium in life?

These questions and more are answered in this uniquely designed keynote that takes leaders inside the mind of an athlete.

For example, did you realize that most athletes who make an Olympic team will not medal at the event? How then to those who do medal manage the distractions and stay focused on the task at hand?

John walks you through his athletic journey, both Olympic and Paralympic and shares his insights on gaining the edge over competitors to always put him in position to win.

The interactive activities and exercises the participants take part in will release the competitive champion spirit in your organization and position you to be a top your medal podium.

By the end of this presentation your team will learn:

Your company will be in a better position to win and sustain the competitive advantage after this dynamic high powered presentation. 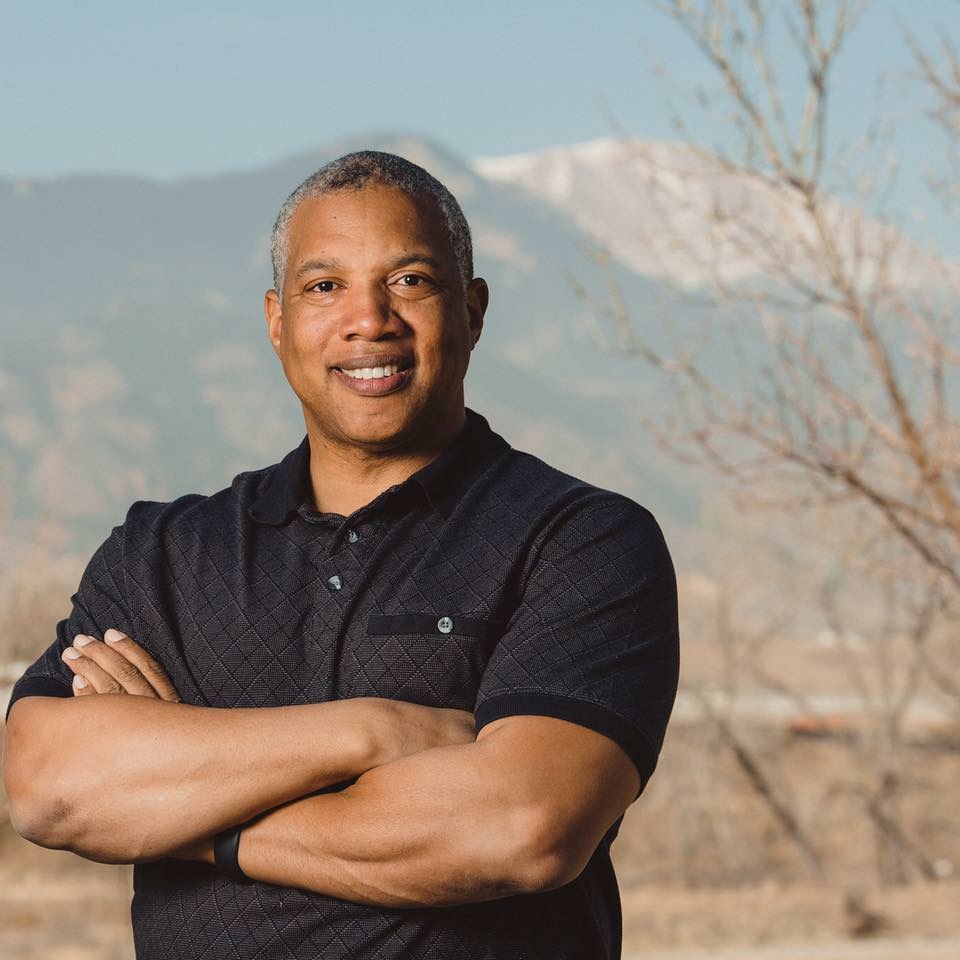