An international award-winning author, sought-after keynote speaker, and accomplished sales consultant, Jeff brings complicated subject material to life through his thought-provoking writing and entertaining presentations on sales, marketing and personal branding. His books include Self Marketing Power: Branding Yourself as a Business of One and Selling Saturdays: Blue Chip Sales Tips from College Football.

He delivers keynote speeches and sales workshops worldwide to a wide variety of audiences: conventions, association meetings, for-profit companies, chambers of commerce, government agencies and colleges/universities. He has spoken in four countries and 41 states.

When he is not speaking or consulting, Jeff serves as executive vice president at NAI NP Dodge Commercial Real Estate Company and is co-host/producer of an award-winning business talk-show on 1110 KFAB Radio, a Fox News affiliate. In 2009, he served as host of a weekly television show on an NBC affiliate.

A frequent media guest, Jeff has been featured in Investors Business Daily, USA Today, Chicago Tribune, Men’s Health Magazine, New York Times and a number of television and radio stations. As a writer, he has published more than 300 articles in national and international periodicals and web sites. He writes the bi-weekly “Business Motivation Blast” which has approximately 11,000 subscribers and is a regular contributor to the Omaha World-Herald and Thinking Bigger Kansas City.

From 2003 to 2009, he served as an adjunct faculty member at the University of Nebraska at Omaha’s College of Business Administration. From 1998 to 2001, Jeff was Dean of Student Affairs at Clarkson College.

Jeff holds a Master of Arts degree in Political Science and a Bachelor of Journalism degree both from the University of Nebraska-Lincoln. He and his wife Stephanie have two children, Jack and Maddie.

Audience members leave his presentations feeling educated, entertained and energized allowing them to do more business, find more clients, have more access to decision makers and play bigger roles in their professions. After a Jeff Beals presentation, attendees are inspired to pick up the phone, hit the streets and close deals! 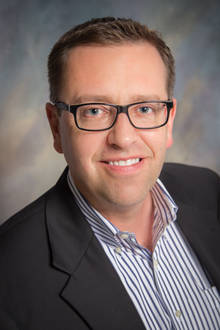