Check out Jack Stahlmann’s program from our 2020 Speakers Showcase on “The Intangible It”.

About Jack Stahlmann: Jack Stahlmann’s entertaining and informative presentations are built around his experiences in Los Angeles as an actor, producer, director — and of course, a waiter.

In Hollywood, he launched his own production company which created several films that enjoyed international success and was an Assistant Director for the Margaret Cho stand-up show, Cho Revolution.

As an actor, his shining moment came in a co-star role on the CBS drama Cold Case, where he played a wimpy park ranger. He also appeared on Days of Our Lives and several commercials.

Jack has been a regular contributor to The Huffington Post and currently resides in St. Paul, Minnesota. 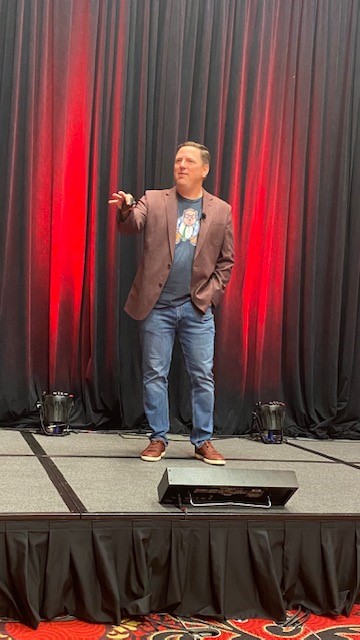