It is time to open the lines of communication and make your wit pay off.

Coach, trainer, speaker and author. Dave Schwensen is a nationally recognized comedy coach and has designed and instructed university courses in business communications and presentation skills. He has been featured on PBS Television and Radio, U.S. News & World Report, Chicago Tribune, Ohio Magazine, The Hollywood Reporter, InsideBiz.com Magazine and many others.

Dave is a comedy coach with The Improv Comedy Clubs in Chicago, Cleveland and Tampa. His behind the scenes knowledge of the entertainment industry was earned as Talent Coordinator for the television show A&E’s An Evening At The Improv and the legendary Improv clubs in Hollywood and New York City.

While in this capacity he also acted as a comedian consultant for many television and film productions. Included in this list are The Tonight Show, Late Night with David Letterman, The Today Show, Comedy Central, HBO, MTV, Disney, Paramount and other television networks and film studios.

Based on his personal experiences within the high stress, fast paced entertainment industry, Dave designed and taught courses in Business Communications and Presentation Skills for Cleveland State University, Youngstown State University and other halls of higher learning. The primary goals are improving leadership, teambuilding and networking by enhancing your message with politically correct humor and personal creativity.

Yes, he really can be called The Nutty Professor!

Dave is an award-winning humor columnist, entertainment journalist and pop culture historian. He is a winner of the 2015-2016 Pinnacle Award from the Center for Interactive Learning and Collaboration (CILC) for “Remarkable quality of educational content and exceptional skill at program delivery.“

And now for something completely different…

Dave is also a pop culture historian and author of two books about The Beatles. His informative, energetic and (often) humorous presentations about the group and the 1960’s is an entertainment option – and something completely different – for your next event.

Dave Schwensen is the author of six books:

YOU’RE TALKING – BUT IS ANYONE REALLY LISTENING?

* How can YOU enhance leadership skills?
* How do YOU get someone’s attention and hold it?
* How can YOU ‘break the ice’ and make a memorable first impression?
* What can YOU do to improve teamwork?
* How can YOU increase networking opportunities?
* What separates YOU from the competition?

Enhancing your message with humor and creativity makes the difference. The goal is to demonstrate how these talents can be useful communication tools.

Audience members are the stars of this program and show us how creativity and humor can be communication enhancements without distracting from your message. During this program Dave also uses handouts from his university course workbooks to explain and demonstrate how to develop dynamic and memorable conversations.

Combining his successful techniques as a business owner and comedy coach with workshops based at the Chicago, Cleveland and Tampa Improv Comedy Clubs, along with personal experiences in the high stress, fast-paced entertainment industry, communicating has never been more fun(ny) and productive.

** Training seminars and keynotes use elements from Dave’s comedy workshops and include audience participation and worksheets from university courses. Another benefit? A LOT of entertaining fun and laughter during your next conference or special event!

THE BEATLES IN CLEVELAND: WELCOME TO THE HOME OF ROCK ‘N’ ROLL

Welcome to Cleveland – the home of rock ‘n’ roll.

Northern Ohio is a popular destination for conferences and special events. Famous for The Rock and Roll Hall of Fame, Cleveland is where legendary radio deejay Alan Freed first broadcast the words “rock and roll” and location of the very first rock concert, The Moondog Coronation Ball. It’s no surprise Rock ‘n’ Roll is a popular and fun theme for many events held in Cleveland and other areas along America’s North Coast.

But it might be a surprise to learn all rock ‘n’ roll shows were banned from Cleveland during the mid-1960’s.

The reason? Look no further than The Beatles’ riotous 1964 concert at Public Hall (now The Convention Center) where police stopped their performance and declared, “That’s not the way little girls should behave in public!” Two years later the ban was lifted to bring John, Paul, George and Ringo to Municipal Stadium where the results were the same – only on a much larger scale.

The Beatles In Cleveland

Author Dave Schwensen brings Cleveland’s own version of A Hard Day’s Night to life with an informative, entertaining and (often) humorous presentation about the group’s two visits to The Home of Rock ‘n’ Roll. Along with an insightful pop culture journey back to the city during the mid-1960’s and a simmering generation gap (the Beatles did not have parental approval), this program’s highlights also include rare films of both concerts.

Set the stage for your next rock ‘n’ roll themed conference or event with the excitement of Beatlemania and two of the wildest, out of control concerts in Beatles – and rock – history.

Based on Dave’s Amazon.com best-selling book, The Beatles In Cleveland.

THE BEATLES: MAKING THE 60’S FAB & THE CONCERT EXPERIENCE

Take an entertaining pop culture journey back to Yesterday and the 1960’s – a decade of change. John F. Kennedy was President, Mercury Astronauts were rocket jockeys launched into space, and school children were taught to hide under their desks in case Cold War tension ended with “The Big One.” The electricity generated by the first wave of 1950’s rock’n roll had dimmed and the baby boomer generation needed a soundtrack of its own.

Following JFK’s assassination in Dallas, they found it only 79 days later when television host Ed Sullivan introduced John, Paul, George and Ringo – four long haired lads from England called The Beatles. For teenagers, their world moved from black and white to color, and nothing would ever be the same again.

Beatlemania swept across North America as a generation fell under the influence of the group’s music, style and personalities. Music, fashion and attitudes changed almost overnight. Hair was longer, skirts were shorter, and the generation gap grew wider. By the end of the decade The Boomers had become The Flower Power Generation and The Woodstock Generation. The effects are still being felt today.

Based on Dave’s books The Beatles At Shea Stadium and The Beatles In Cleveland, this is an energetic and entertaining author presentation for conferences, schools, festivals and special events. Program includes an opening film featuring news events and popular music leading up to the Beatles’ 1964 debut on The Ed Sullivan Show, informative and humorous author presentation, rare Beatles concert films and of course – FAB music.

TIPS, TECHNIQUES & TOP SECRET INFORMATION ON HOW TO BECOME A BETTER PUBLIC SPEAKER

You’re speaking – but is anyone really listening? A half or full day seminar on improving presentation skills based on the university course designed and instructed by Dave Schwensen. Includes a 50-page workbook.

When speaking in public, you are expected to give an informative presentation. But successful presentations involve more than “just saying the words.” The goal is to have an audience listen to your message, relate and remember it.

As a trainer, administrator, supervisor, HR representative or professional speaker you may already know what you want to say. How successful you are as a speaker depends on how you deliver the message. Preparation, practiced delivery techniques and enhancements employing personal creativity and politically correct humor that don’t take away from your message will hold an audience’s attention.

The end result is a memorable presentation.

This training seminar in public speaking includes in class presentations with instructor critiques and coaching.

In this course you will learn: 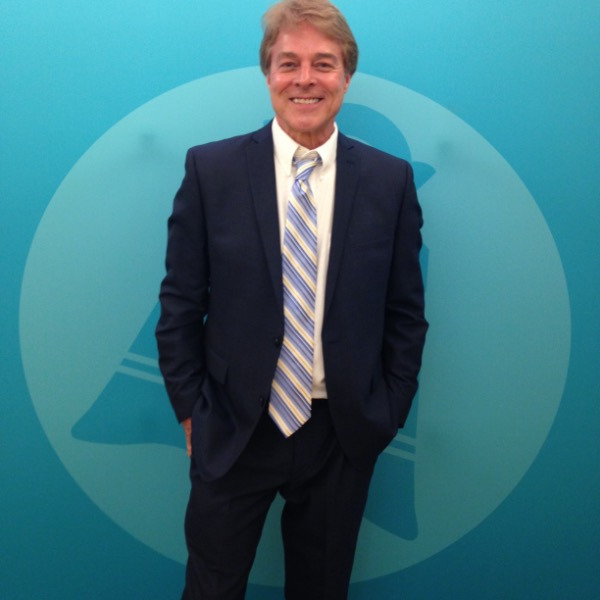