Darcy Luoma is a highly sought-after coach and consultant who has worked with more than 500 organizations and individual clients in 48 industries to create high-performing people and teams.

Darcy Luoma is the founder and CEO of Darcy Luoma Coaching & Consulting, LLC, a firm that specializes in solving organization’s people problems. As one of America’s most highly sought-after and credentialed coaches, she’s worked in 48 industries, with 210 organizations, and more than 500 individual coaching clients, impacting tens of thousands of leaders and employees.

Darcy has four prominent coaching credentials, including the prestigious Master Certified Coach from the International Coach Federation – a distinction held by only 3.8% of coaches in the world, as well as Certified Professional Coactive Coach, Organization and Relationship Systems Certified Coach, and Board Certified Coach.

The University of Wisconsin–Madison, a Big Ten university, sought out Darcy to design its rigorous 9-month Certified Professional Coach training program, which earned the International Coach Federation’s accreditation and has a waiting list every year. She also served as the program’s director and lead instructor for five years, and now holds the title, Director of Training and Quality Assurance.

She completed her Master of Science in Organization Development at Pepperdine University Graziadio Business School where she did her master’s thesis on the effectiveness of coaching on overall life satisfaction.

Darcy began her own coaching and consulting firm in 2013 and built it into a half a million dollar a year company in a short amount of time in a challenging industry. Before launching her firm, she worked for a leadership consulting firm and ran U.S. Senator Herb Kohl’s office for 12 years (Kohl was president of Kohl’s department stores and owner of the Milwaukee Bucks basketball team), where she was entrusted to handle sensitive, urgent matters and contentious situations. She met with savvy lobbyists and concerned citizen groups, organized political events and rallies with tens of thousands of people, and managed protestors who staged die-ins and hijacked her office for days at a time to protest the war, requiring her to sleep there with federal protective services by her side.

She worked in Florida for 38 days on the grueling presidential recount. She’s done national advance work for the White House, traveled the country while working for two U.S. presidential campaigns, and served as a trusted senior advisor and Deputy Transition Director to a Governor.

Through each of these roles, Darcy learned what it looks like to not be Thoughtfully Fit®, the leadership model she developed that was inspired by her love of being physically fit. These first-hand experiences all contributed to her ability to help clients effectively handle their people problems.

Join Madison, Wisconsin’s favorite executive coach as she teaches you how to face any challenge – no matter how difficult – using a model she herself has tested under extreme fire.In difficult times, it can feel like everything is out of our control and we have no choices. Darcy Luoma knows this firsthand, as she had to deal with the aftermath of her husband’s sudden and shocking arrest for sexual assault of a minor he met online. She put her own teachings of how to be Thoughtfully Fit® to the test for her business, her children, and herself to thrive.

Crises, big and small, are unavoidable. How you handle them is what determines whether you falter or flourish. In this engaging and inspiring session, Darcy will train you to use these same tools to build your core so you can handle any conflict, change or uncertainty. You will leave with a core workout to immediately strengthen your life personally, professionally, spiritually, and emotionally.

THOUGHTFULLY FIT®: HOW TO TAKE CHARGE OF WHAT COMES NEXT

Join Madison, Wisconsin’s favorite executive coach as she teaches you how to face any challenge – no matter how difficult – using a model she herself has tested under extreme fire.

This inspiring session will give you the confidence to take charge of what happens next when you encounter one of life’s many challenges. Darcy will share how she successfully used her Thoughtfully Fit® model when her life fell apart following her husband’s shocking arrest and incarceration.

She will teach you how to use the same tools she used to build your resilience in the face of conflict, change and uncertainty. What you learn will strengthen your life personally, professionally, spiritually, and emotionally.

Join executive coach Darcy Luoma as she teaches you how to handle people problems of all kinds – no matter how difficult – by being Thoughtfully Fit®.

You know it and I know it. The biggest problems facing any organization, no matter its size, are its people problems. Teams have conflict, managers struggle with communication, and productivity gets slowed by a lack of trust. These things take energy away from the organization’s mission and stop leaders and employees from doing what they do best.

What to do? You train to be Thoughtfully Fit® so you can handle any people problem with confidence – even the most challenging ones. Join Darcy as she explores the core of the model, which is your source of power in every situation. Leave with inspiring insights and a core workout that will give you more time and energy to focus on what you do best!

Create a Thoughtfully Fit® culture where your leaders, managers and employees learn to communicate effectively, manage conflict in a positive way, and embrace coaching skills to improve outcomes. This is a four-month series.

TAKE A COACH APPROACH TO MANAGING

Employee engagement is one of the toughest issues facing today’s employers as they struggle to maintain the talent and knowledge base necessary for competing in the global market.

BALANCED CONVERSATIONS: GETTING TO WIN-WIN

Achieve BALANCE in your relationships by having the courage to state your truth – with confidence and compassion – in a way that others can hear it.

THE POWER OF POSITIVE CONFLICT

Learn how to respond effectively with AGILITY instead of reacting instinctively with one of the four toxins: blaming, defensiveness, contempt and stonewalling.

COACHING AS A MANAGEMENT STYLE: BE MORE EFFECTIVE WITH LESS EFFORT

Build the STRENGTH to go from solving employee’s problems to using coaching skills to improve outcomes by creating an environment of collaboration and accountability.

GET BACK IN THE DRIVER’S SEAT: PRIORITIZE WHAT MATTERS

Improve your results by having the STRENGTH to identify where you want to devote more of your attention and learn key strategies to reduce time spent on everything else.

CULTIVATE A GROWTH MINDSET FOR SUCCESS

Learn how ENDURANCE and resilience can help you overcome obstacles. Identify self-limiting beliefs and create a plan of action to move forward.

LET IT GO: ACCEPT OTHERS (JUST) AS THEY ARE

Increase your FLEXIBILITY to stretch to accept others and let go of what you can’t change. Gain strategies to control what you can in order to increase your effectiveness.

INFLUENCE WITHOUT AUTHORITY: THOUGHTFULLY MANAGE PROJECTS AND PEOPLE UP, DOWN, AND SIDEWAYS

Increase your capacity to achieve results when you’re not the boss. Learn strategies and practice BALANCE to connect, persuade, and build partnerships in thoughtful ways.

Determine what is necessary for you to do your best at work and in the rest of your life. Develop the STRENGTH to say yes to what is most important and learn strategies on how to say no to everything else.

Understand what creates teams that flourish and how having individuals with diverse personalities and work styles make the strongest teams.

THE MYTH OF MULTITASKING 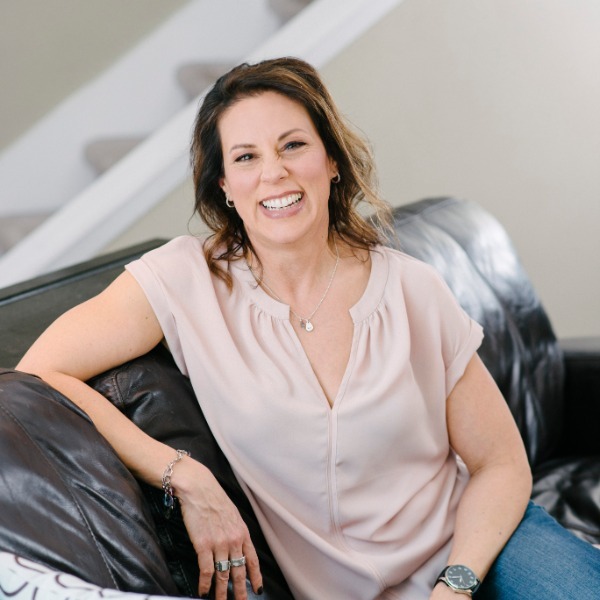