Dr. Marci Rossell By the time she was 32, Marci Rossell had been chief economist for CNBC, spokesperson for Oppenheimer Funds, Inc., a litigation consultant for Deloitte and Touche, LLP, and an economist for the Federal Reserve Bank of Dallas. But she walked away from the corporate world to become its champion. Dr. Rossell began her career working for the Federal Reserve Bank of Dallas. After three years of working for the bank president, Bob McTeer, she joined one of the five big accounting firms, Deloitte and Touche, as an expert witness in court cases that involved economic issues. In 1999, Marci was named corporate economist and investment spokesperson for Oppenheimer Funds, Inc. Most recently, she served as the chief economist for CNBC, appearing every morning on the network’s flagship program “Squawk Box” covering, throughout the day, the economy, the Federal Reserve, and the bond market. Marci earned a PhD in Economics from Southern Methodist University where she was named one of the Young Alumni of the year in 2002. Marci’s experience at the Fed, in a big five accounting firm, on Wall Street, and as a journalist, gives her a unique perspective on the economy and corporate America. Marci’s message: Corporate America – the child of democracy and free markets – gives jobs to people, puts food on their tables and is the greatest generator of wealth the world has ever devised. Her experience – in business, television, government, and the courtroom – lets her speak from the head and the heart on economic recovery, restructuring, and revitalization. Dr. Rossell is also an expert in investing, globalization, and trade.

A ROADMAP TO ECONOMIC RECOVERY

All financial crises follow a pattern, and the current U.S. experience is no exception. As a Federal Reserve economist, Dr. Marci Rossell followed the Asia Crisis of ’97. As chief economist for CNBC, she explained the financial market turmoil sparked by the September 11 terrorism. And now she continues with her groundbreaking explanation of just how we got into this mess and how we get out of it. 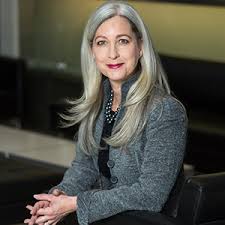